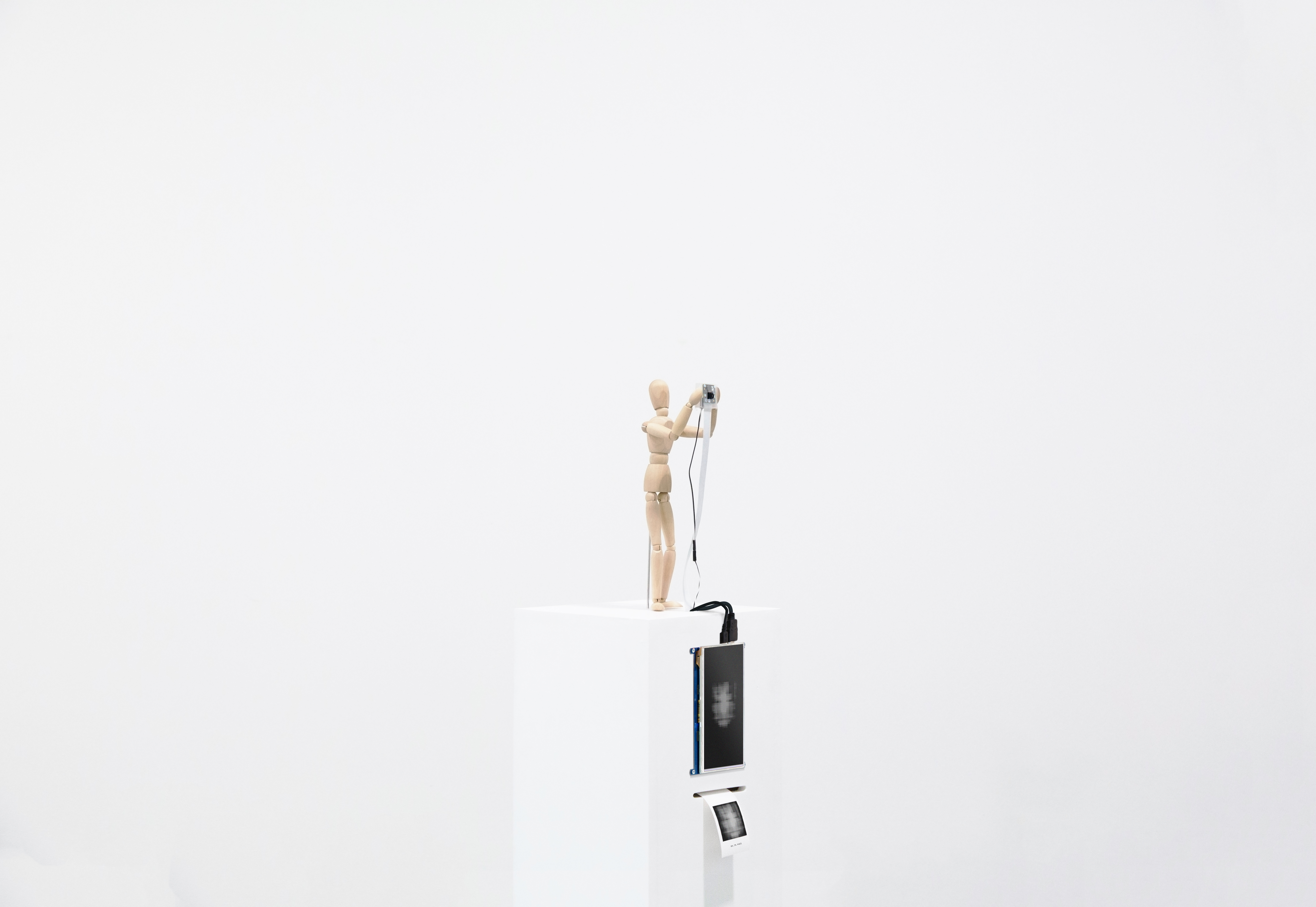 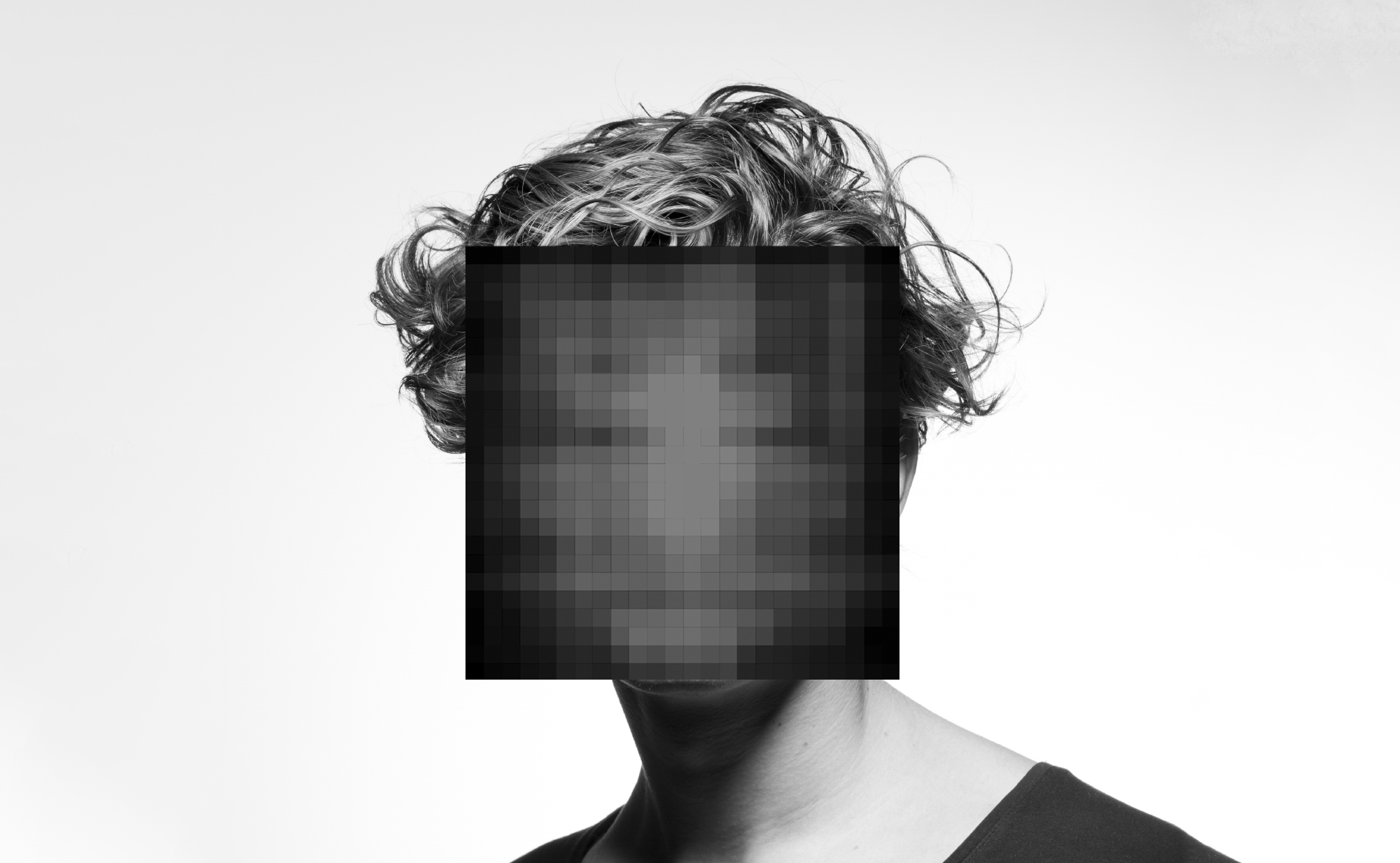 Equipped with a camera, screen, printer, and computer - the mannequin employs the traditional Viola Jones object detection algorithm (2001) to draw portraits of its viewers in the form of the algorithmic computation. The process is drawn to the screen in real-time hence limiting it to the frame-rate of the screen (60hz).

The final algorithmic interpretation is printed on a piece of receipt paper for the viewer to keep; inversing the relationship between the mannequin and the viewer, aiming to reflect on our ever growing relationship to computers.